Galapagos Tortoises are the worlds largest species of tortoise. Adults can weigh over

500 lbs, males are larger than females. These animals are long lived with a life expectancy of well over 100 years! The species is classified as "vulnerable" by the International Union for Conservation of Nature (IUCN). The IUCN is considered the world's main authority of the conservation status of species. Vulnerable is a status improvement for the Galapagos Tortoise as they were once classified as  "endangered."  "Vulnerable" means that the species is likely to become endangered if the current circumstances threatening its survival do not improve. Their numbers were once as high as 250,000 and dropped to below 3000 in the 1970's. The decline in numbers were mostly due to whaler vessels routinely stopping at the Galapagos Islands and taking animals for their meat and oil, as well as being used for "scientific" purposes. When live animals were taken, they were stored in the ships hulls, without food or water for up to a year, before they were consumed by the ships crew.  In 1970, the government of Ecuador banned their exportation due to their declining numbers. Today, on their native lands, the Galapagos Islands, their numbers are estimated to be over 19,000.  This increase is credit to the reproduction programs at the Charles Darwin Research Station.

The history of the Galapagos Tortoise in the United States dates back to 1905 when Rollo Beck working for the California Academy of Sciences spent a year on the islands collecting samples detailing the shell morphology and taxonomy. All together that expedition collected 256 tortoises. These specimens are detailed in the book, The Gigantic Land Tortoises of the Galapagos Archipelago, by John Van Denburgh, and are among the world's largest collection of specimens from the Galapagos Islands.  In 1925, Charles Townsend, director of the New York Zoological Society made one last major collection, this time it was of LIVING tortoises, 180 were taken from Isabela and distributed across the United States, some locations included the Honolulu Zoo, the New Orleans Aquarium, and the San Diego Zoo. They were also sent to Bermuda, Panama, and Sydney, Australia. In 1959, after 31 years in captivity, the San Diego Zoo reported the first Galapagos Tortoise hatchling! Overall, the reproductive successes have been very poor from zoo specimens with the exception of a small number of hatchlings at a few zoos.

The greatest reproductive successes came from the largest private collection of Galapagos Tortoises in the U.S., Life Fellowship Bird Sanctuary in Florida. Ramon Noegel and Greg Moss successfully hatched hundreds of Galapagos Tortoises. But, in spite of all the successful hatchlings at Life Fellowship, the United States population has declined significantly. Some have died from old age, but the majority have died from a condition that is taking their lives prior to maturity. It is estimated that there are less than 200 adult Galapagos Tortoises in the U.S. today. This is a very alarming number!

There is some hope for the species, over the last five years several breeders in the U.S. have successfully hatched Galapagos Tortoises. Jerry Fife being the most successful, reached his 100th hatchling the summer of 2015!

Until five years ago, the future of the U.S. population was looking bleak! With dedicated breeders, who are committed to the conservation of the species, there is great hope for  Galapagos Tortoises in the U.S. The future of the Galapagos Tortoise is in our hands; lets come together as responsible keepers and preserve them for generations to come! 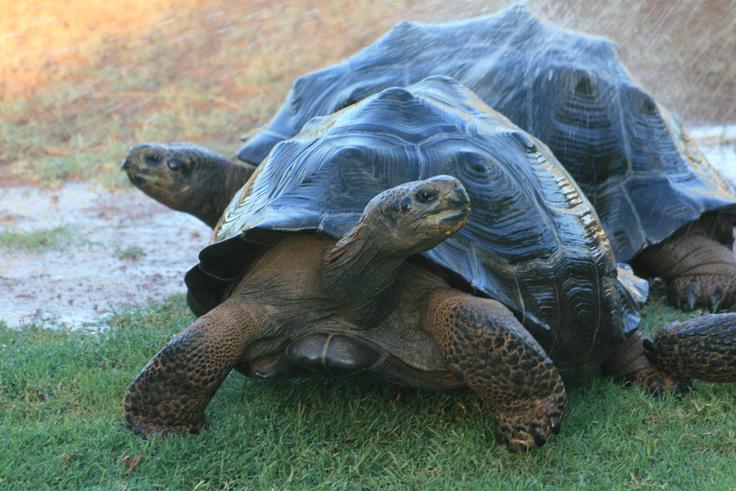 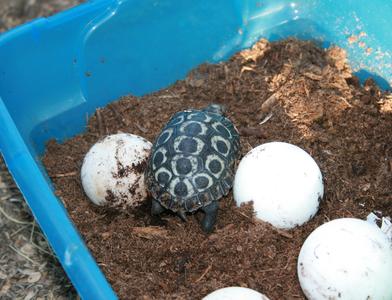 History of the Galapagos Tortoise 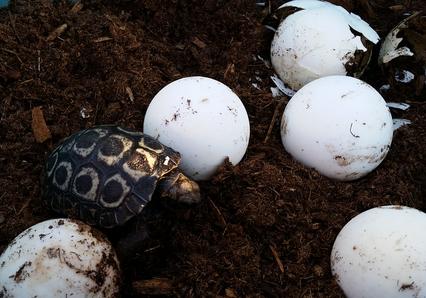